In celebration of the 2021 Tourism Month with the theme: Tourism for Inclusive Growth, the Provincial Government of Pangasinan, through its Provincial Tourism and Cultural Affairs Office (PTCAO), and in partnership with the Pixelhub Design + Digital Agency, officially launched the See Pangasinan website via Facebook Live on September 30, 2021.

See Pangasinan is the province’s official tourism website developed by the Pixelhub Design + Digital Agency. Since the onset of the COVID-19 pandemic, the need for a venue with reliable and timely travel updates has become imperative to inform travelers and tourists in order to encourage safe and responsible travelling. The See Pangasinan brand was formed amidst the province’s transition to the new normal. The site contains various features that will cater to travelers and tourists with the utmost convenience while showcasing Pangasinan’s destinations, products, tourism services, and partnerships with various local tourism stakeholders. 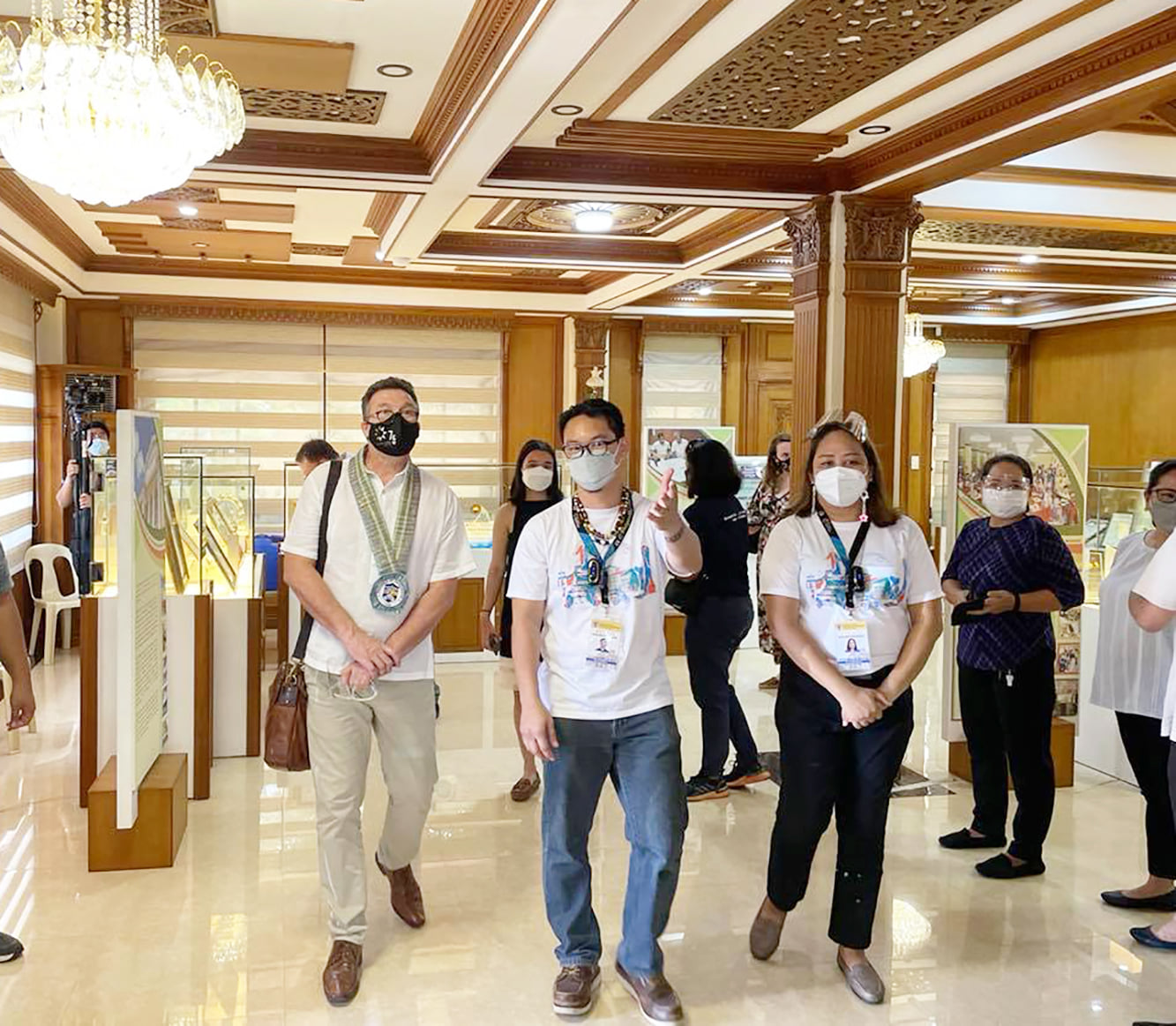 One of the highlights of the tour was visiting the Australian Navy Marker located at the Veterans Memorial Park. The marker serves as a continuous reflection of the service and sacrifices of the Royal Australian Navy, who fought alongside Filipino soldiers to achieve freedom for the Republic of the Philippines during World War II. 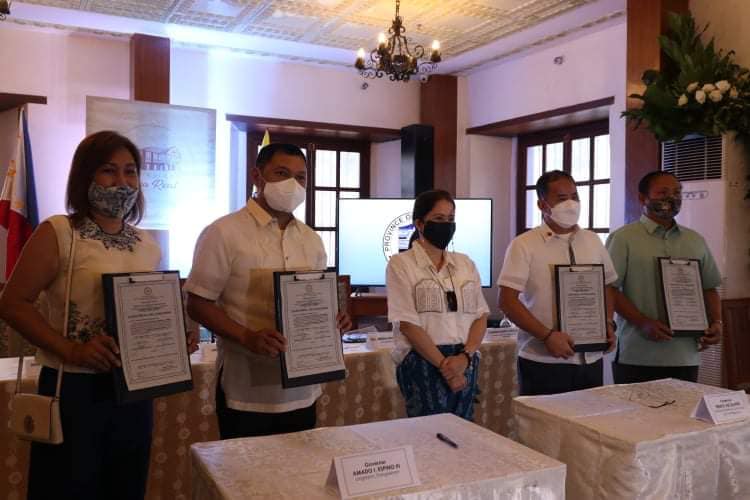 The National Historical Commission of the Philippines (NHCP), the Department of Tourism (DOT) and the Provincial Government of Pangasinan officially unveiled and inaugurated the marker that declares Casa Real as a National Historical Landmark today, June 21, 2021.

The Casa Real is known to be the first Provincial Capitol of Pangasinan founded in the mid-19th century and was officially declared as a National Historical Landmark by the NHCP in 2002. However, due to its age and natural elements throughout the years, the Casa Real sustained numerous damages and was eventually set to undergo a three-phase restoration project that started in 2015. The project was made possible through the cooperation and contributions of the Provincial Government of Pangasinan, then congressman and now Lingayen Mayor Leopoldo N. Bataoil, the Department of Public Works and Highways (DPWH), the Tourism Infrastructure and Economic Zone Authority (TIEZA), the Pangasinan Historical and Cultural Commission (PHCC), the Pangasinan Heritage Society, Inc., and the NHCP.

The Province of Pangasinan warmly welcomed the Department of Tourism (DOT) Secretary Berna Romulo-Puyat last June 20 to June 22, 2021. The DOT Secretary’s visit primarily focused on an ocular inspection of identified tourism-related establishments and tourism destinations around Pangasinan. This initiative is to advocate the safe reopening of tourism in the Philippines. Accompanying delegates were DOT Region 1 Director Joseph Francisco “Jeff” R. Ortega, Hon. Congressman Christopher “Toff” V.P. De Venecia, Chairperson Maria Rachel “Baby” Arenas of the Movie and Television Review and Classification Board, and leaders from the cities and towns that the group visited. 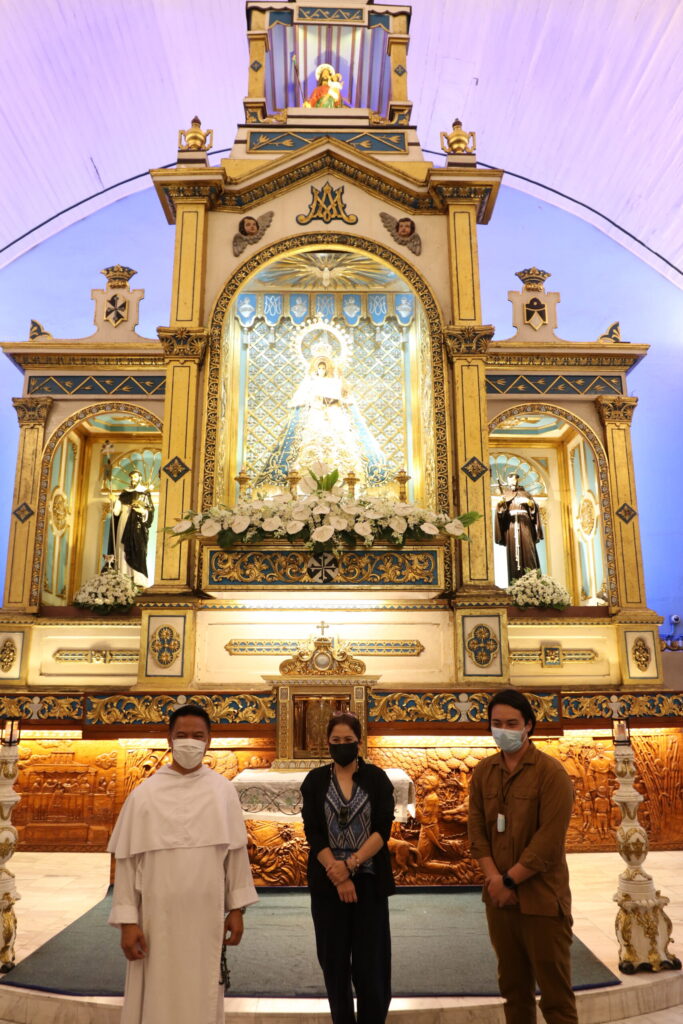 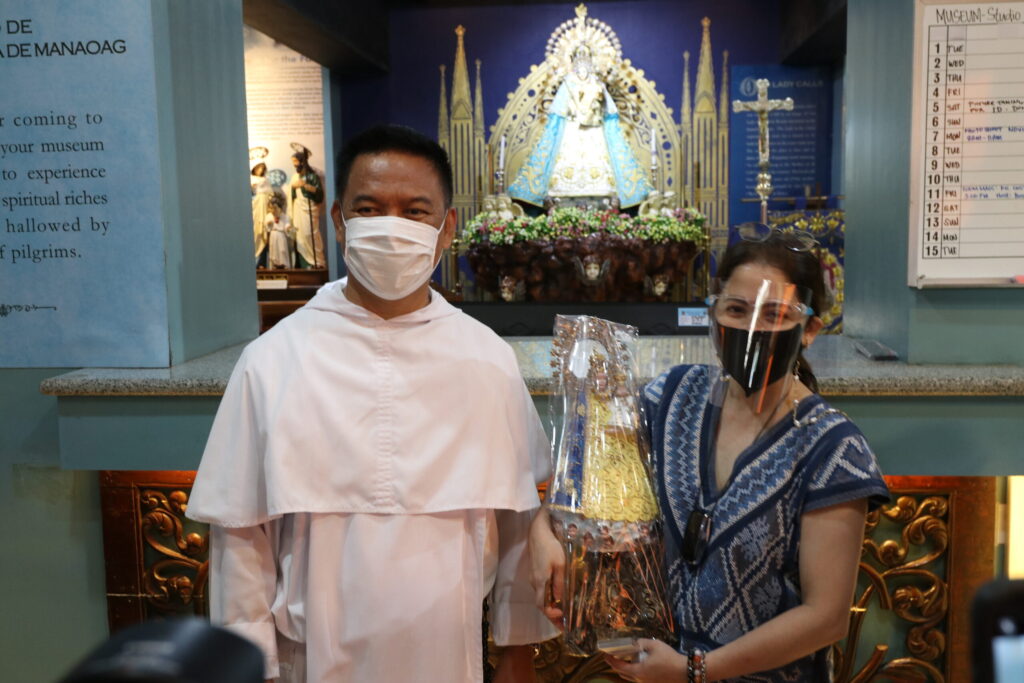 The first day was spent visiting Bayambang’s St. Vincent Ferrer Parish Church and the St. Vincent Ferrer Prayer Park; the Bella’s Puto Calasiao Factory in Calasiao; Calamansian ed Lekep Butao in San Fabian; Tondaligan Blue Beach Baywalk in Dagupan City; Ariana’s Best in Mangaldan and check-in at the Hiraya Wellness Resort and Ecopark in Aguilar. The following day, the delegates joined the unveiling and inauguration of the marker that declares Casa Real in

Lingayen as a National Historical Landmark. Afterward, the group traveled to Bolinao where they visited the Sungayan Grill and Floating Restaurant, Puerto del Sol and the Cape Bolinao Lighthouse. The third and last day of the ocular inspection culminated in a visit to Alaminos City where they toured the Lucap Wharf at the Hundred Islands National Park and finally at the Minor Basilica of the Most Holy Rosary of Manaoag.

The province of Pangasinan joined the third leg of the Mandëko Kito Artisans’ Fair and Exhibit. Organized by the Baguio Arts and Crafts Collective, Incorporated (BACCI), Mandëko Kito, an Ibaloi term for “Let’s sell,” aims to not only lead the local arts and crafts sector toward economic recovery, but to also serve as an important venue for both cultural and artistic exchanges between and among artisans, craftsmen and the public. 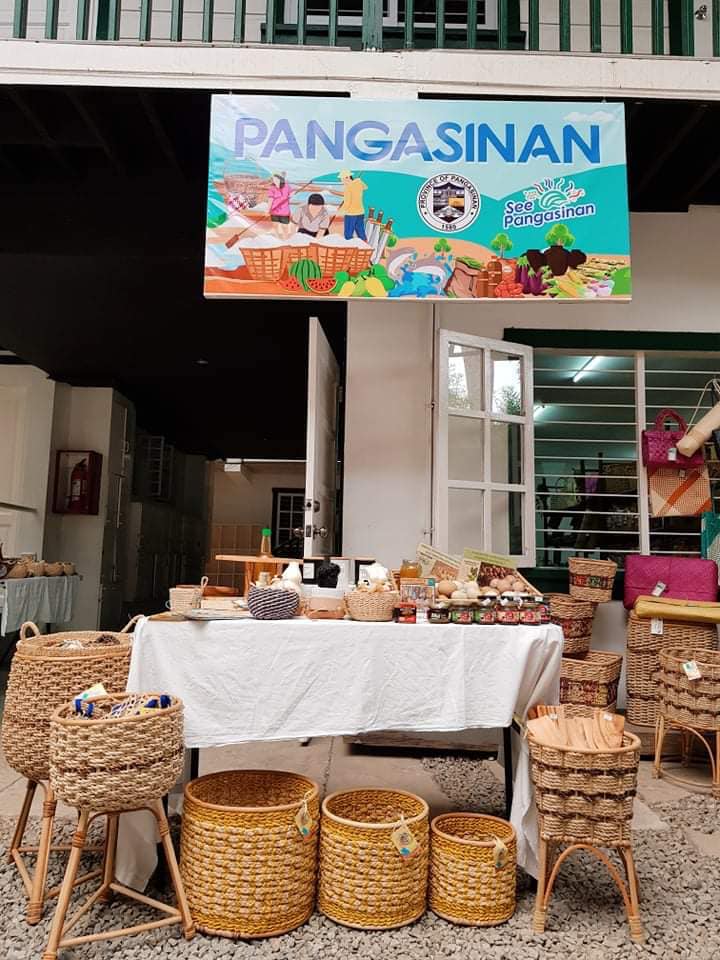 The Mandëko Kito Artisans’ Fair and Exhibit ran from June 15 to June 20, 2021 at the Berkeley School in Baguio City. 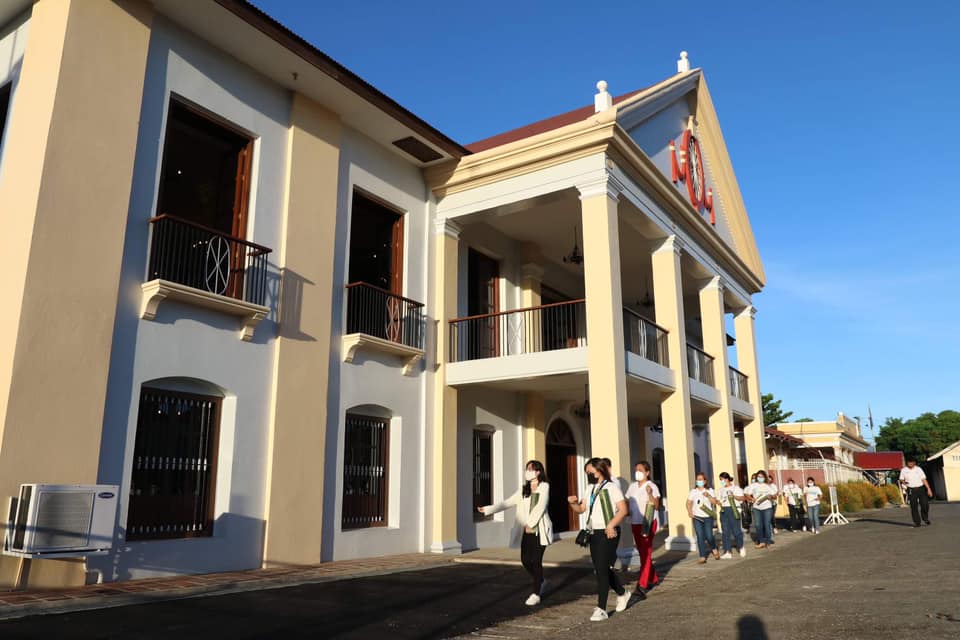 The Provincial Government of Pangasinan, through the leadership of Governor Amado I. Espino III, conducted preliminary inaugural activities at the Casa Real today, June 18, 2021. The first was the “rituwal na pamasimbalo” conducted by the staff of the Pangasinan Tourism and Cultural Affairs Office, headed by Maria Luisa A. Elduayan. The ritual consisted of “kanonkob” which is the offering of traditional items like tobacco, gagalën, among others. It culminated with an animal sacrifice. 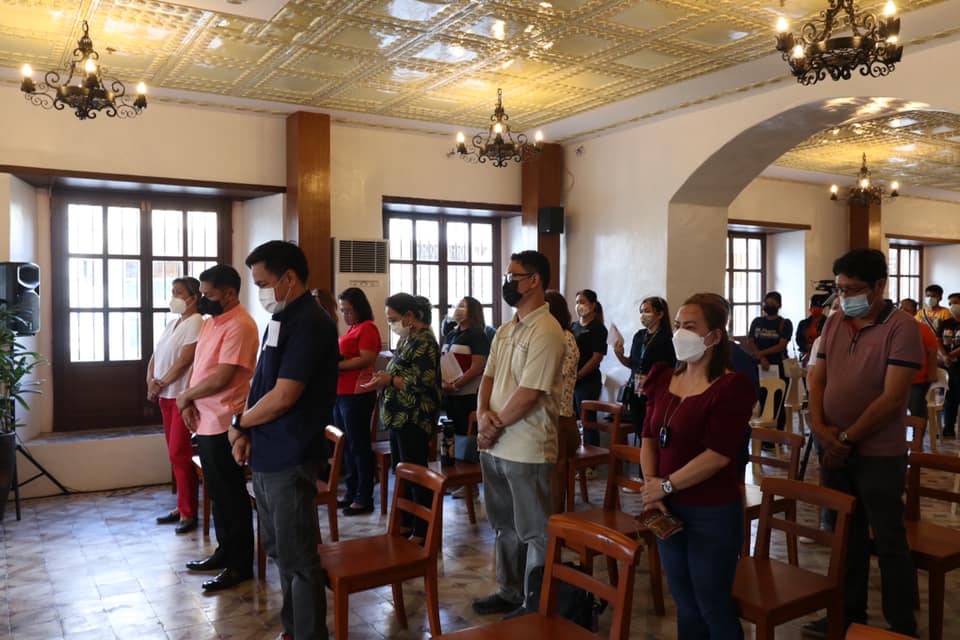 Later in the afternoon, the Casa Real grounds were subsequently blessed by Rev. Fr. Allan Abuan after presiding over a Thanksgiving Mass attended by Governor Espino and the department heads headed by Provincial Administrator Atty. Nimrod S. Camba.

The Department of Tourism (DOT) Region 1 and the Provincial Tourism and Cultural Affairs Office (PTCAO) started the Food Tourism Resource Inventories and Mapping in Pangasinan. The initiative will also properly account and update the list of food tourism resources and their related activities in the region. The ongoing project is deemed as a crucial step toward the creation of food and gastronomy road map in the country.

The four-day food mapping activity featured traditional food which are readily available in some restaurants, eateries and even home-based food businesses in the province. 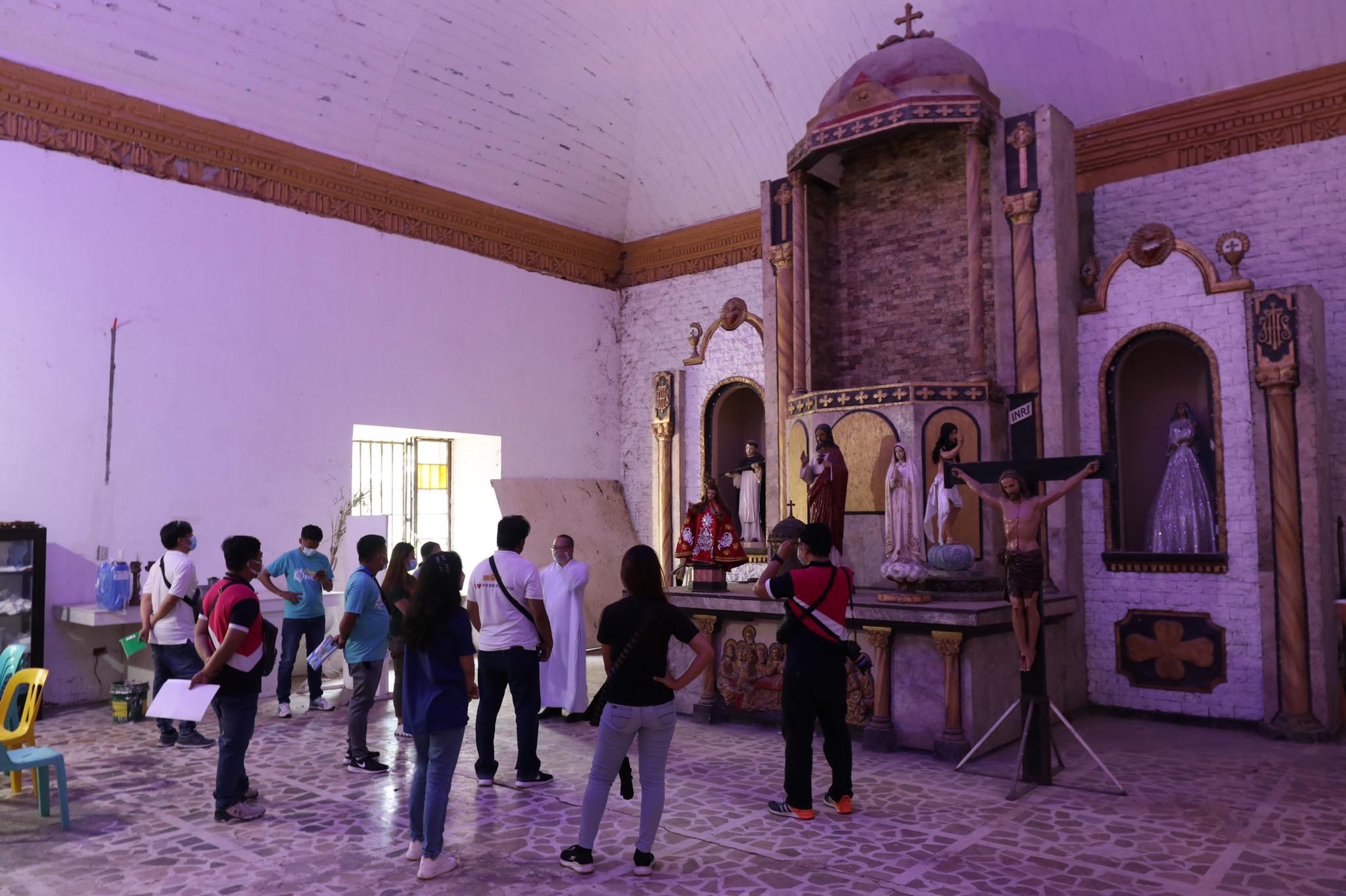 Accompanied by representatives from the Department of Tourism (DOT) Region 1, select staff from the Provincial Tourism and Cultural Affairs Office (PTCAO) conducted an ocular inspection at identified tourist destinations and at accommodation establishments that have applied for DOT accreditation. Inclusive dates of the inspection were from May 26 to May 28, June 1 to June 4 and June 8 to June 10, 2021. 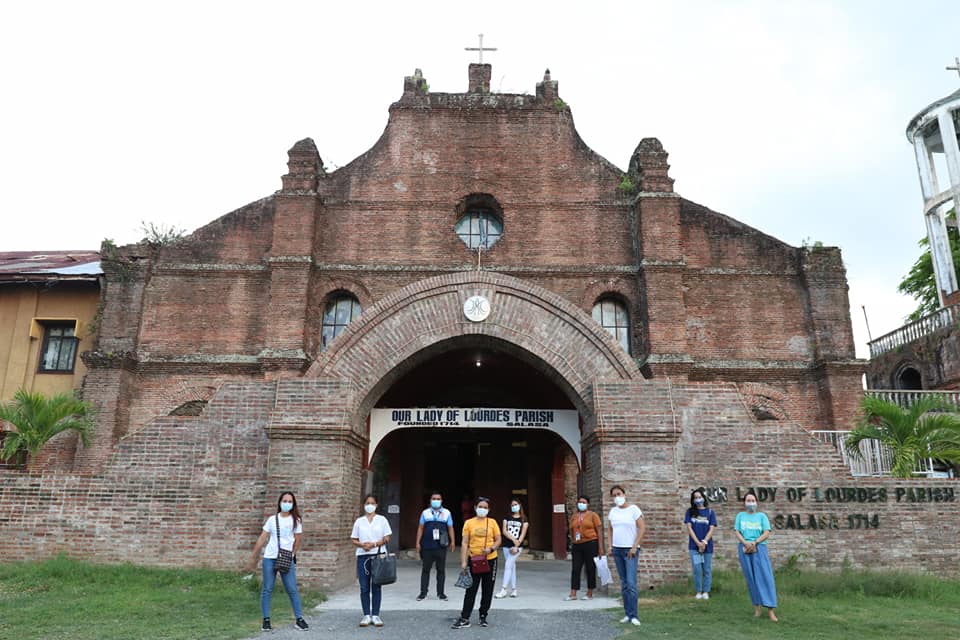 This initiative is to ensure that health and safety practices and protocols are properly implemented in respective tourism-related establishments as well as to raise awareness of tourism stakeholders’ protection amidst the COVID-19 pandemic. The group from DOT-R1 also distributed safety signages and markers to DOT-accredited establishments to promote the safe reopening of tourism. In addition, the ocular inspection is relative to the tourism product development program of the PTCAO wherein emerging tourist destinations that can be incorporated in tour circuits per district of Pangasinan are determined. 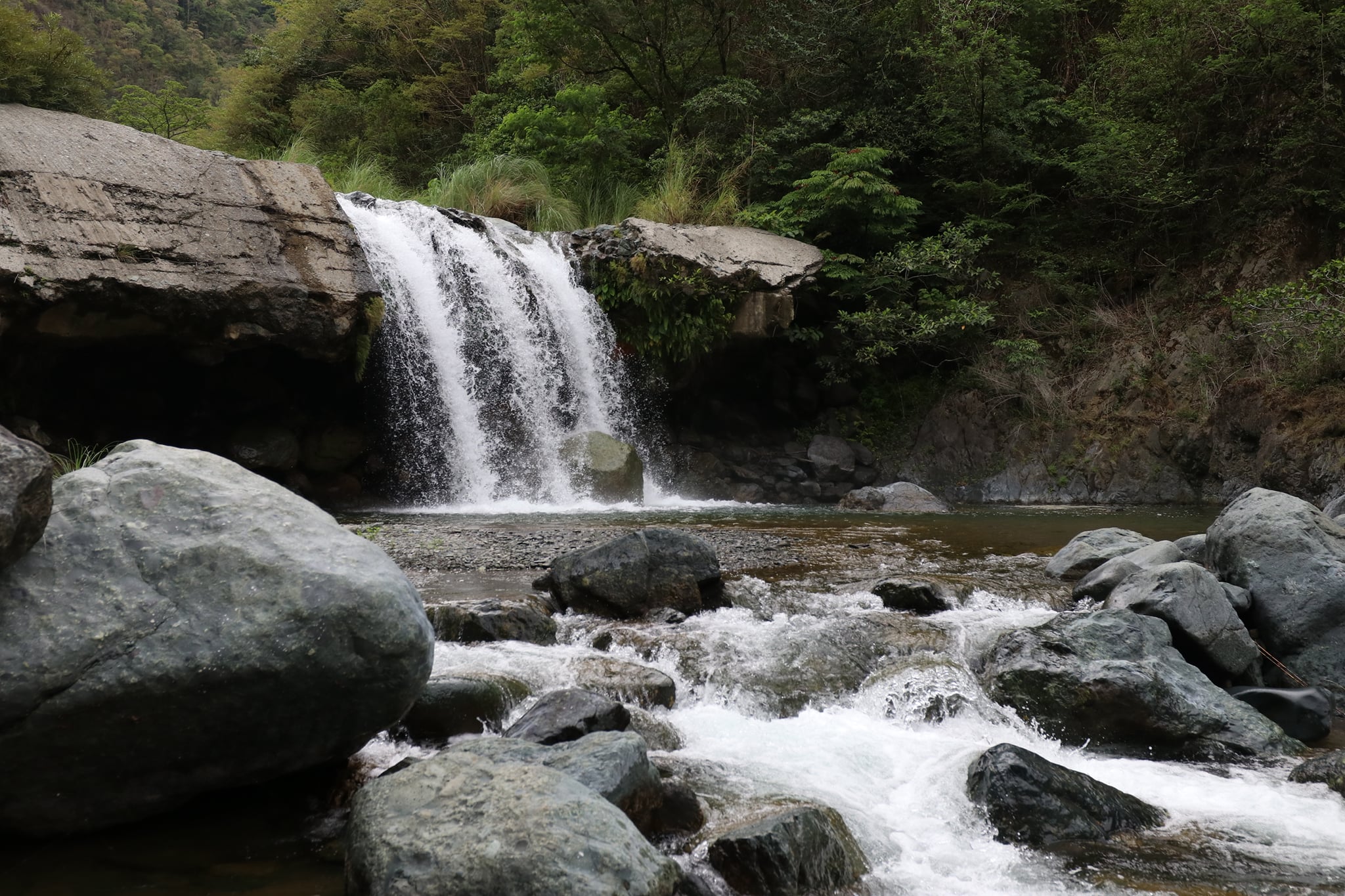 Since the onset of the COVID-19 pandemic, people have developed various hobbies to keep themselves active and to nurture their emotional, mental, spiritual, and physical health. Gardening has become a popular activity and is a very therapeutic hobby. The event showcased various plants cared for by provincial government employees as well as a plant dish landscaping contest. This initiative aims to provide provincial government employees an avenue not only to display their beloved plants, but to share and trade knowledge about their passion for gardening.

The awarding ceremony will be held on the last day of the event on April 29, 2021.

“The province of Pampanga has a special place in our hearts,” Gov. Espino warmly expressed in his welcoming speech, sharing how he, as a young boy, and his family spent some time in the province due to his father’s, former Governor Amado T. Espino Jr., work in Pampanga.

“We have the same drive to serve our people more,” Gov. Espino added when explaining the similarities between the two provinces. Representing Governor Dennis G. Pineda of the province of Pampanga, Special Assistant to the Governor Ms. Angelina Blanco and her fellow Kapampangan officials presented Gov. Espino with a token of appreciation before his departure.

The Kapampangan delegation promptly proceeded to their counterparts’ offices where open forums were conducted, as the benchmarking activity aims to share and develop best practices and programs in specific fields that can guide and improve current and future projects and plans for both provinces. Mr. Jay Vincent Luna, acting Provincial Tourism Officer of Pampanga, visited the Provincial Tourism and Cultural Affairs Office (PTCAO) at the Malong Building where he and PTCAO Chief Maria Luisa A. Elduayan discussed various matters such as best tourism practices, structure and divisions of the PTCAO, and designations and functions of the PTCAO staff, among others. Mr. Luna was also accompanied by Ms. Malu Elduayan for an exclusive tour at the Bengson-Yuson House by Cultural Affairs Division Supervisor Nathaniel Daroy and Ms. Jenny Joy Napolitano.

After the forums and a hearty lunch at the Provincial Training Center II, the Kapampangan delegation was grouped in accordance with IATF guidelines so that they could be safely toured around the Capitol Complex (Abong na Dayew, Capitol Building and Veterans Memorial Park) and at the Casa Real and the Narciso Ramos Sports and Civic Center (NRSCC) by select PTCAO tour guides.

The benchmarking activity was concluded with an exchange of tokens of appreciation between Chiefs of Office counterparts and photo ops to commemorate a successful and enlightening event.

The Department of Tourism Region 1 and the Pangasinan Provincial Tourism and Cultural Affairs Office (PTCAO) conducted a site inspection in Pangasinan’s 5th district last February 24 to 26. This is in line with the monitoring of health and safety practices in tourist attractions and facilities and the establishment of a database of various emerging and existing tourism sites in the province.

Destinations that were surveyed were the Antong Falls, Boraoac River Eco Park, Fray Andres de Urdaneta Park, Jose Palma Shrine, Lubas Valley Farm, Reotutar Resort, and the Sto. Tomas Corn Monument, among many others. Local industries such as longganisa-making, tupig-making and sword-making were also inspected. This activity is imperative in developing new product offerings directed toward the creation of new tourism circuits in Pangasinan by way of gathering useful references through site immersions.